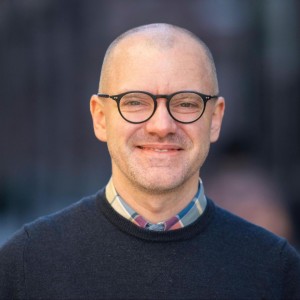 Scandinavian Credit Fund I AB (publ) reports a NAV rate for July of 103.84. It is an increase of 0.78 (0.78%) – the contribution from our portfolio company Vimab AB boosts the result most significantly, see below.

New subscription in July was approx. 39m, many thanks for that. We are still clocking about 6 %, in this messy environment which is very good.

As you may have noticed, the fund has changed managers. The funds' former manager and CEO, Fredrik Sjöstrand, will work full-time with Riddargatan Förvaltning AB - the company that manages realized mortgaged property within the framework of Scandinavian Credit Fund I. In his new role, Fredrik will be responsible for the development and disposal of the holdings in this company , with the aim of adding the greatest possible value to the fund's shareholders. Fredrik will have a title as Senior Partner and, in addition to the aforementioned, support the organization owned by Kredifin AB. We thank Fredrik for his fantastic work in building up the fund and managing it. Thank you Fredrik.

Stefan Skrimsjö, with previous experience in the management organization during the period 2016 to 2019, is recruited as the new responsible manager of the fund and of the Nordic Factoring Fund. Stefan Skrimsjö has extensive experience as a senior executive and as an entrepreneur primarily in the financial market. Stefan has, among other things, a background as CEO of Verdispar Securities in Sweden as well as CEO and founder of Shepherd Energy – a securities company in electricity trading. Furthermore, he was director and founder of Evli Penningmarknad in Finland and before that bank director at Föreningsbanken Finland and Den norske Creditbank in Gothenburg.

One of our portfolio companies, Vimab AB, has been listed on the stock exchange through a reverse acquisition of Headsent AB, which is listed on First North. The deal is finally completed by being approved by Headsent's shareholders at an extraordinary general meeting on July 29. The fund now has a share exposure to Vimab Holding AB, this may give some volatility to the NAV going forward. During the autumn/spring, the fund will look at opportunities to liquidate this holding. The introduction contributed strongly to the fine NAV that was presented in July. This shows the importance of managing and refining assets that have been mortgaged.

Our lending objects are still doing well given the information we currently have, we of course follow all companies as carefully as during covid. It's a new worldview and it's important to stay one step ahead if it's possible.

Inflation in Sweden is now 8.5 % June 2022, it is likely to creep higher in the coming months.

Inflation, which has now reached levels around 9 % around the Western world, is leading to central banks increasingly aggressively raising key interest rates. In 6 weeks, the FED has raised the policy rate by 1.50 %. Judging by the market's reaction, they seem to be discounting that the aggressive hike will bite. Long-term interest rates have fallen slightly, the stock market has taken some leaps of joy and the price of raw materials seems to be subdued.

Below you can see how the market's expectations of the central banks' interest rate hikes have changed since last month. The market sees continued increases for one more year before lowering the interest rate as the economy declines along with inflation. It is extremely uncertain with these forecasts, prepare yourself for continued volatility in the market.

What happens with sharp interest rate increases is that growth in the economy is dampened. We are already beginning to see signs of declining demand.

The Economic Institute's latest forecast in July shows that the Swedish economy continues to decline. A year ago the Barometer indicator stood at 120 and is now down to 101.3. Primarily, it is the declining household demand that contributes to the fall. Against the backdrop of rising interest rates and inflation, pessimism will likely remain and characterize the markets going forward. Loan-to-value (LTV) shows how large the exposure is in relation to the value of the collateral. That is, in category 2, the security value after adjustments is equal to the exposure the fund has to the borrowers. It is an effect of the security value of a holding being written down at the same time as the reserve is reduced. In category 3, there is no change compared to the previous month.